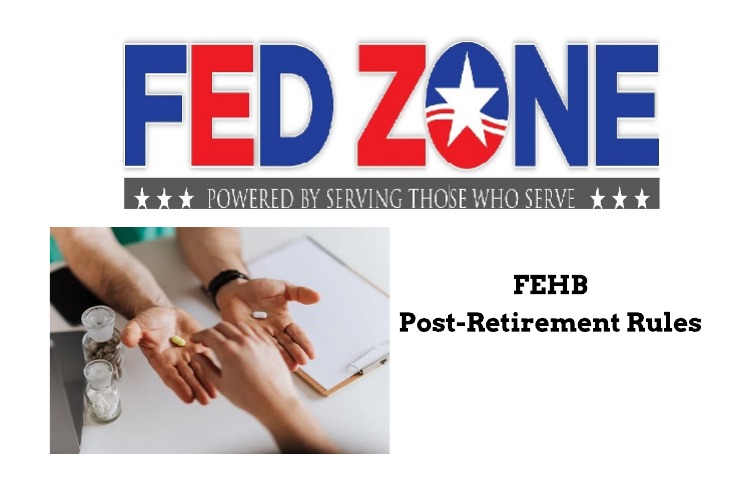 Each year, during the benefits “open season”, employees and annuitants make decisions regarding which health, dental and vision insurance plans they want to be covered by during the upcoming plan year that starts in the coming early January. This column is the third of eight FEDZONE columns discussing choices that employees and annuitants have to make during the annual benefits “open season”, which this year runs from Nov. 9, 2020, through Dec. 14, 2020.

Employees are eligible to continue their Federal Employee Health Benefits (FEHB) program health insurance coverage after they retire from federal service. It is important for employees to understand that federal annuitants who carry their FEHB program benefits into and throughout retirement pay the same percentage of the FEHB health insurance plan total premiums (in particular, on average 25 to 28 percent) as they paid as employees. The federal government pays the other 72 to 75 percent of an annuitant’s FEHB program premiums, no matter what plan and what type of FEHB program enrollment (self only, self plus one, or self and family).

Employees are eligible to continue health benefits coverage upon retiring from federal service if they fulfill the following two requirements:

An annuitant can also change FEHB health insurance plans annually during the annual benefits “open season”, as well as continue full FEHB coverage on eligible family members (spouses and children under the age of 26).

Note that when an employee elects to either not enroll or to cancel his or her enrollment, the employee must certify by his or her signature on the Health Benefits Election form (Form SF 2809) that he or she understands the effect it has on eligibility to carry coverage into and throughout retirement.

What does service time Include for purposes of FEHB program requirements?

Breaks in service are not counted as interruptions when the five years of service requirements is determined, as long as the individual reenrolls within 60 days after his or her return to federal service. The following three examples illustrate:

Example 1. Charles elected FEHB coverage on Feb. 11, 2012 and had a break in service from Jan. 1, 2016 through Dec. 31, 2017. Immediately upon his return to federal service, he again elected to enroll. He retires on Dec. 31, 2019. He is eligible to continue his to continue his FEHB health benefits into retirement since he has been continuously enrolled for the five years prior to retirement.

Example 3. Tom retired from private industry in Aug. 2015 at the age of 60 and had health insurance from his former employer through Dec. 31, 2015. Tom decided to get a federal job for the main purpose of getting the FEHB health insurance benefits for himself and his wife for their retirement years. He was hired into federal service with a service computation date of Nov. 15, 2015. Knowing that his private health insurance would be terminating Dec. 31, 2015, Tom elected during the 2015 FEHB program “open season” to enroll in a FEHB program health insurance plan that became effective Jan. 7. 2016. Tom is eligible to retire from federal service as of Nov. 15, 2020 at age 65 with five years of federal service. However, if Tom wants to keep his FEHB coverage throughout retirement, the earliest date he can retire is Jan. 7, 2021. This is because as of Jan. 7, 2021, would have the earliest date Tom would have five continuous years of FEHB program enrollment.

How Federal Employees Can Benefit by Owning An HSA

Enrolling or Re-Enrolling in FEDVIP