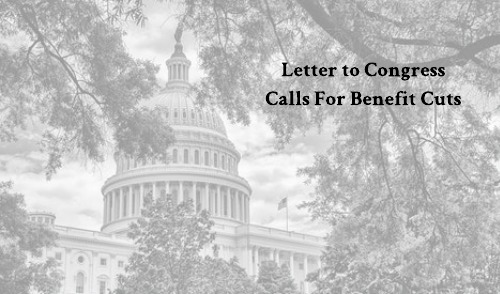 The American Federation of Government Employees publicly released a letter from Jeff Pon, the newly appointed director of OPM, to Congress this week. The document proposes slashing around $143.5 billion from the retirement benefits of federal workers. Throughout the course of a decade, the expenses would be reduced by enacting recommendations that have been floating around the DC area for at least two years. Traceable to a 2016 manual published by the Heritage Foundation, an organization largely influential in the President’s campaign, the suggested changes have remained prevalent mostly through the current administration’s annual budgetary guidelines. Also echoed repeatedly by Mick Mulvaney, the director of OMB, the recent letter to the Speaker of the House, Paul Ryan (R-WI), solidifies the Trump presidency’s intentions to enact the following changes to the Federal labor force’s retirement benefits:

*Completely terminating the social security supplement for FERS annuitants. These payments are disbursed to retirees who are not yet old enough to receive social security benefits. While it may seem like an extraneous benefit, it can be a significant source of income for certain workers, such as firefighters, who are required to retire before the age of 62.

*Altering the calculation that pension benefits are based on from a “High-3” average to a “High-5,” which would use the highest salary figures from 5 years instead of 3 to decide one’s monthly pension benefit. In most cases, the reconfiguration causes a lesser amount to be determined.

*Gradually increasing the portion of pay contributed to an individual’s FERS retirement to 7.25%. While those hired before 2013 still fund their part of the pension with less than 1% of basic pay, and those who joined the Federal Government afterwards contributes either 4% or 3.1%, the proposed rule would escalate all potential annuitants’ contributions 1% every year until reaching the aforementioned threshold.

*Diminishing the COLAs currently entitled to CSRS retirees by 0.5% and fully eliminating them for their FERS counterparts. This would impact those already retired in addition to future retirees receiving benefits from their civil service positions with the Federal Government.

The argument OPM uses to justify such adjustments revolves around a claim from the CBO that federal workers make 3% more than private-sector employees. However, the Federal Salary Council, an advisory body to the President, reported last month that federal compensation is roughly 32% less than comparable salaries from private companies. The disparity in statistics appears to stem from the fact that while those with an educational background consisting of nothing higher than high school can make 3% more working for the government than elsewhere, prospects with professional degrees can expect to make 25% less than if they went into the private sector.

Ready to Retire? A Glance at the First Year of Federal Retirement