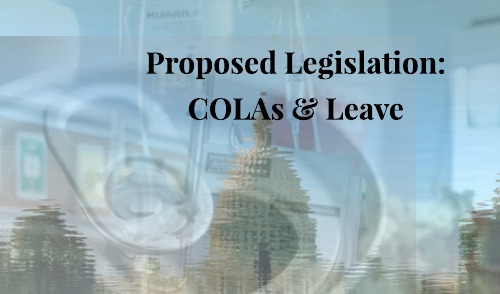 Gerry Connolly, the Representative from Virginia, introduced the Equal COLA Act again, having last proposed the bill in 2019. He similarly re-introduced the FAIR Act that suggested a federal pay raise of 3.2% . The Equal COLA Act offers that the FERS Cost-of-Living Adjustment should be determined in the same way as the CSRS counterpart.

The last two years with negative inflation rates were 1955 and 2008, but on those rare occasions, neither FERS nor CSRS pensions are adjusted to lower amounts. The COLA is just 0% in those cases. The Act introduced by Representative Connolly would wipe away the disparities between the calculations and make both CSRS and FERS’ COLAs equal to the annual CPI percentage rate (so long as that change is positive).

Also potentially beneficial for feds, Representative Carolyn Maloney proposed the Comprehensive Paid Leave for Federal Employees Act recently.  Although Connolly didn’t introduce it, he did offer justification for the bill with the following statement: “31% of the federal workforce is eligible to retire next year. We’re going to have a talent and recruitment challenge… if we’re not providing the kinds of benefits that are available in counterpart private sector entities.”

The Act, if passed, would provide 12 weeks paid off for federal employees to care for a sick spouse, child, parent, or themselves. It would even apply to US Postal Service workers, who did not get the 12-week family leave benefit that Congress passed in 2019. Employees will have to give 30 days (or more) notice before taking the potential new type of medical paid leave. For emergencies, employees can utilize the leave by giving notice in less than 30 days. 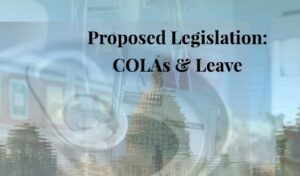 For Federal Employees, The Path to Retirement Can Be Deceiving