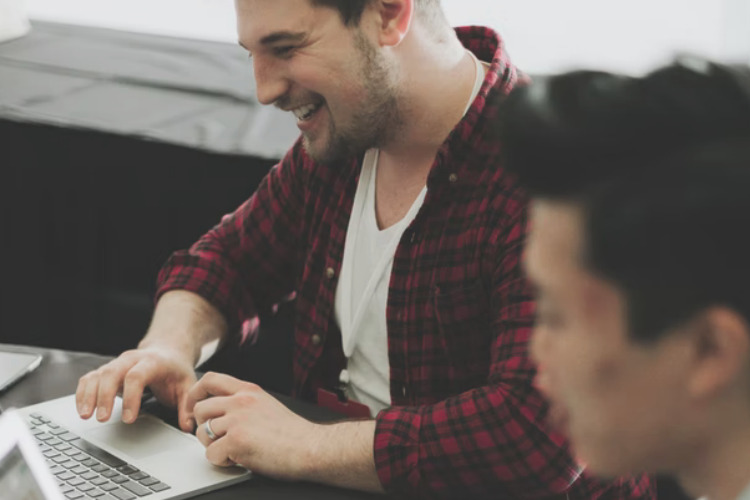 About two months ago on February 23, 2022, the IRS released long-awaited regulations on required minimum distributions (RMDs) from inherited IRAs and workplace retirement plans, including the Thrift Savings Plan (TSP).

About two months ago on February 23, 2022, the IRS released long-awaited regulations on required minimum distributions (RMDs) from inherited IRAs and workplace retirement plans, including the Thrift Savings Plan (TSP). Many of the provisions in the new regulations replace current RMD regulations that were issued in 2002. These provisions reflect significant changes made to post-death RMDs resulting from the Setting Every Community Up for Retirement Enhancement (SECURE) Act passage in late December 2019.

The regulations are proposed to be effective for 2022 RMDs. This is the first of three FEDZONE columns discussing the most important provisions of the new regulations. This confirmation will present information on who is considered to be an “eligible designated beneficiary” (EDB) and the 10-year payment rule for non-EDBs.

The SECURE Act was passed into law on Dec. 19, 2019 and took effect on Jan. 1, 2020. Among the provisions in the SECURE Act is that it allows a certain class of individual beneficiaries – called EDBs – of traditional IRAs and company retirement plans to “stretch out” post-death required minimum distributions (RMDs) over their life expectancies. Individual beneficiaries who are not EDBs must use the “10-year payment” rule which will be explained. EDBs include the following individuals:

Under the initial SECURE Act regulations, a minor child designated as beneficiary of an IRA owner reached the age of majority based on state law, or as late as age 26 if the child is still in school. Under the new SECURE Act regulations, minors reach the age of majority or their 21st birthday. This applies regardless of the state’s age-of-majority rule or whether the child is still in school. The following example illustrates:

Example 1. During 2021, Alice, age 15 inherited a traditional IRA from her mother who died that year. Alice is an EDB and can “stretch” required distributions (receive distributions based on her life expectancy) from her mother’s traditional IRA over her single life expectancy until she reaches age 21 in the year 2027. At that time, Alice becomes subject to the 10-year rule. This is the case even if Alice stays in school beyond age 21. The 10-year rule will kick in when Alice becomes age 21. By Dec. 31, 2037, Alice must have withdrawn the entire amount of her mother’s inherited traditional IRA.

Both disabled and chronically ill individuals must provide documentation no later than October 31 of the year following the year of the IRA owner’s or plan participant’s death.

The recently issued proposed IRS regulations provide guidance on the application of the SECURE Act’s 10-year payment rule. This rule applies to designated beneficiaries of traditional IRA and retirement accounts who are not EDBs, and to minor children once they become age 21.

Under the 10-year payment rule, the entire inherited IRA or retirement plan account must be withdrawn in its entirety by a designated non-EDB within 10 years after the death of the IRA owner or retirement plan participant’s death. The regulation makes it clear that the deadline is December 31 of the 10th year – not the 10-year anniversary of the date of death.

But the IRS in the newly issued regulations made it clear that certain non-EDBs are subject to both the 10-year payment rule and a requirement to take annual RMDs in years one through nine of that 10-year period.

Whether a designated non-EDB of a traditional IRA or a retirement plan is subject to the annual RMD rule during years one through nine of the 10-year payment rule depends on whether the IRA owner or retirement plan participant died before or after his or her required beginning date (RBD). The RBD is the date by which the first RMD is due. The RBD is determined as follows:

Example 1. Jerry, age 76, died on Feb. 3, 2022. Jerry owned a traditional IRA at the time of his death and had named his daughter Samantha, age 45, as his designated non-EDB. Since Jerry died after his RBD, Samantha will have to take annual RMDs from the inherited IRA during years 1 through 9 following the year that Jerry died. Her RMDs are calculated based on her life expectancy during the years 2023-2031 (years 1-9) of the 10-year payment period. She must also receive any remaining balance of the inherited IRA no later than Dec. 31, 2032.

When the IRA owner or retirement plan participant dies before his or her RBD, there are no annual RMDs under the 10-year rule. In that case, only the 10-year rule payment must be satisfied. In fact, the designated non-EDB can take as little or as much as he or she wants during years one through nine, as long as the entire account balance is distributed by the end of the 10-year term. The following example illustrates:

Example 2. Arlene, age 65, died on March 15, 2022. She owned a traditional IRA and designated her son Franklin, age 32, as her designated non-EDB. Franklin does not have to take RMDs during years one through nine because Arlene died before her RBD. But Franklin must withdraw the entire inherited traditional IRA no later than Dec. 31, 2032.

Note that those non-EDBs who have to take RMDS during years one through nine and do not take any part of the RMD in any year are subject to an IRS 50 percent excess accumulation penalty. Also, during year 10, if the non-EDB does withdraw the amount remaining amount left in the inherited IRA or retirement plan by Dec. 31 of the 10th year, then the IRS will impose a 50 percent excess accumulation penalty for the amount of the inherited IRA left in the account. The penalty will be imposed in each year beyond year 10 the excess funds remain in the account.

Edward A. Zurndorfer is a Certified Financial Planner, Chartered Life Underwriter, Chartered Financial Consultant, Chartered Federal Employee Benefits Consultant, Certified Employees Benefits Specialist and IRS Enrolled Agent in Silver Spring, MD. Tax planning, Federal employee benefits, retirement and insurance consulting services offered through EZ Accounting and Financial Services, and EZ Federal Benefits Seminars, located at 833 Bromley Street – Suite A, Silver Spring, MD 20902-3019 and telephone number 301-681-1652. Raymond James is not affiliated with and does not endorse the opinions or services of Edward A. Zurndorfer or EZ Accounting and Financial Services. The information has been obtained     from sources considered to be dependable, but we do not guarantee that the foregoing material is accurate or complete. While the employees of Serving Those, Who Serve are familiar with the tax provisions of the issues presented herein, as Financial Advisors of RJFS, we are not qualified to render advice on tax or legal matters. You should discuss tax or legal matters with the appropriate professional.

Are You Eligible for the FERS Annuity Supplement?

Understanding the Calculation of the FERS Basic Gross Annuity