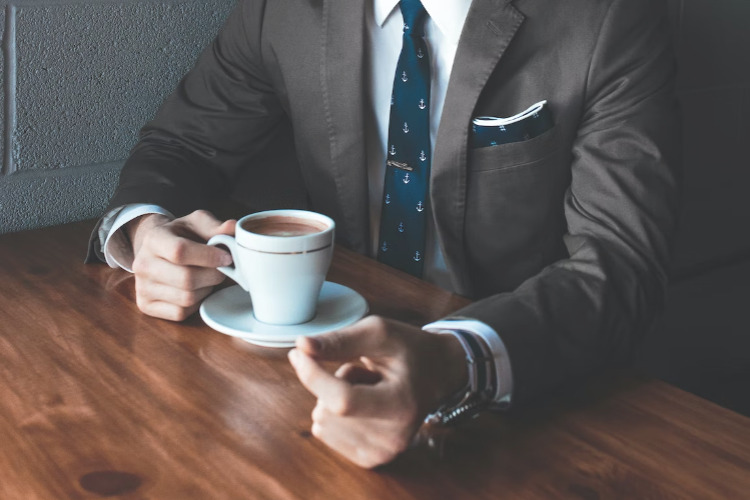 A recent FEDZONE column discussed how Medicare Part B beneficiaries can be subject to Income-Related Monthly Adjustment Amounts (IRMAA) during a particular calendar year and pay more for their Medicare Part B (Medical Insurance) monthly premium during that year. The amount of the IRMAA depends on a beneficiary’s income. Specifically, there are “income level tiers” that are based on a beneficiary’s modified adjusted gross income (MAGI) from the previous year. An individual’s MAGI is computing by adding any tax-exempt interest income to the individual’s adjusted gross income. For 2023, single individuals with MAGI above $97,000 or married joint filers above $194,000 during 2021 will pay the standard Part B monthly premium of $164.90 plus the IRMAA surcharges as presented in the following table:

Note the two-year lag from the year that MAGI occurred to the IRMAA establishment. MAGI from 2021, reported on a Medicare Part B beneficiary’s tax return filed in 2022, sets up the beneficiary’s IRMAA scheduled in 2023. This happens every year. Medicare Part B beneficiaries should keep in mind that the IRMAA surcharge tiers are “cliff” income thresholds, and even one dollar into the next income tier pushes a beneficiary into the higher surcharge. For example, a single tax filer with 2021 MAGI of $97,000 will pay the standard $164.90 per month for Medicare Part B during 2023, but another single tax filer with 2021 MAGI of $97.001 will be paying an additional $65.90 in Medicare Part B monthly premium during 2023.

This column presents some strategies and recommendations for federal employees and retirees aged 65 and older who are. and who will be, enrolled in Medicare Part B to minimize the amount of their IRMAAs during their retirement years.

For IRMAA calculations, a Part B beneficiary’s MAGI starts to matter two years before an individual enrolls in Medicare. Most federal retirees enroll in Medicare at age 65. Therefore, MAGI will start to matter when a federal employee or retiree is age 63. A federal employee who retires before the year they become age 65 will in most cases not have to worry about paying an IRMAA when they first enroll in Medicare Part B at age 65. This is because the one-time lump-sum payment for unused annual leave (that is paid shortly after an employee’s retirement from federal service (and can result in a spike of income thereby increasing MAGI) can be appealed via Form SSA-44 (Medicare Income-Related MonthlyAdjustment Amount- Life-Changing Event, as a life-changing event of work stoppage.

For current and future Medicare Part B beneficiaries, a long-term strategy is recommended to be developed in order to minimize MAGI throughout retirement. For federal employees, this strategy includes systematically converting traditional IRAs to Roth IRAs and the systematic transfer of a TSP participant’s traditional TSP account to Roth IRAs. The purpose of Roth IRA conversions and the transfers of traditional TSP accounts to Roth IRAs is to dampen the effect of higher income associated with future traditional IRA and TSP required minimum distributions (RMDs). Traditional IRA RMDs commence the year an individual becomes age 72 (and must be taken every year) while TSP RMDs must be taken every year starting the later of the year a TSP participant becomes age 72 or retires from federal service.

RMDs can be difficult to plan around. If large enough, an RMD can push a Medicare Part B beneficiary into a higher IRMAA threshold income level. However, there is a “catch 22” associated with a Roth IRA conversion in the sense that the amount of the conversion or transfer to a Roth IRA is included in income during the year of conversion, possible triggering an IRMAA in the following year. For this reason, it is recommended that converting traditional IRAs to Roth IRAs should mostly happen during one’s 50’s or early 60’s. For federal employees who retire before age 65, they can transfer their traditional TSP to Roth IRAs, starting at age 59.5. Federal employees who are at least age 59.5 can each year make up to four transfers of the traditional TSP to Roth IRAs. Also, those federal retirees who have Roth TSP accounts are highly encouraged to transfer their Roth TSP account to Roth IRAs (tax-free) before the year they reach their required beginning date (April 1 following the year they become age 72). The reason: In calculating the TSP RMD, the TSP adds both the traditional TSP and the Roth TSP account balance together. The result is a larger than necessary TSP RMD, resulting in more income for the year. By transferring the Roth TSP account to a Roth IRA, the result will likely be a lower TSP RMD every year. A lower TSP RMD can reduce MAGI and help the federal retiree/ Medicare Part B beneficiary remain below the income thresholds that trigger IRMAAs.

Those federal retirees who are burdened with large TSP RMDs have another planning tool to reduce the effect of large TSP RMDs. They should consider transferring most of their traditional TSP to a traditional IRA. After age 70.5, they can use qualified charitable distributions (QCDs). QCDs are retirement distributions paid directly from a traditional IRA to a qualified charitable organization. QCDs can reduce MAGI and help keep federal retirees/Medicare Part B beneficiaries below thresholds for Medicare IRMAA income thresholds.

Another factor for federal retirees to consider is the taxable income associated with a non-retirement brokerage account. Brokerage account investment securities can generate taxable interest, dividend, and capital gain income that add to MAGI. A strategy to minimize this income is to monitor realized gains, perhaps engaging in “tax-loss harvesting” when possible, pairing taxable losses and gains in order to minimize income and income tax consequences. Employees and retirees are highly encouraged to discuss this strategy with their financial advisors to make sure the strategy does not deviate from the employee’s or retiree’s financial goals, as discussed next.

Federal employees and retirees are encouraged to discuss with their financial advisors an action plan to minimize their future MAGI and associated Medicare Part B monthly premiums. Among the items in this action plan:

Edward A. Zurndorfer is a Certified Financial Planner, Chartered Life Underwriter, Chartered Financial Consultant, Chartered Federal Employee Benefits Consultant, Certified Employees Benefits Specialist and IRS Enrolled Agent in Silver Spring, MD. Tax planning, Federal employee benefits, retirement and insurance consulting services offered through EZ Accounting and Financial Services, and EZ Federal Benefits Seminars, located at 833 Bromley Street – Suite A, Silver Spring, MD 20902-3019 and telephone number 301-681-1652. Raymond James is not affiliated with and does not endorse the opinions or services of Edward A. Zurndorfer or EZ Accounting and Financial Services. The information has been obtained from sources considered to be dependable, but we do not guarantee that the foregoing material is accurate or complete. While the employees of Serving Those, Who Serve are familiar with the tax provisions of the issues presented herein, as Financial Advisors of RJFS, we are not qualified to render advice on tax or legal matters. You should discuss tax or legal matters with the appropriate professional.

There is Still Time to Make IRA Contributions for 2022

How SECURE Act 2.0 Can Enhance Your Retirement Savings

What’s in the SECURE Act 2.0? – Review the Major Changes and Provisions