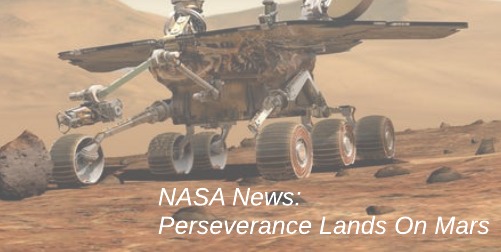 As three spacecraft arrive from the US, China, and the Middle East- NASA’s Rover, Perseverance, is the first to land on Mars. 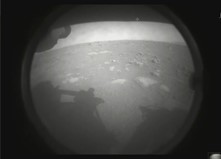 The first successful flyby of Mars that was performed by a manmade machine occurred on July 15, 1965 when the Mariner 4 transmitted the first photographs of Mars’ surface. 55 years and 4 days later, the first of three modern missions to explore the red planet launched- on July 19, 2020. The United Arab Emirates’ “Hope” craft entered the planet’s orbit on February 9, 2021, but its mission does not entail landing on the surface. Four days after the “Hope” take-off, China rocketed its “Tianwen-1” mission that entered Mars’ orbit on February 10th. There are lander and rover components of the Chinese endeavor, but those are not expected to depart from their orbiter for landing until May 2021. Of the three missions, NASA’s Perseverance craft took off last on July 30, 2020 and didn’t arrive until after a week had passed since “Hope” and “Tianwen-1” started orbiting. However, the rover was the first to touch the arid red dust that covers the barren surface of Mars.

One exciting aspect of NASA’s newly landed rover, or “robotic geologist and astrobiologist” as entitled by its creators, is the remote-controlled helicopter drone that can be deployed from the Perseverance. The device has its own name, though: the Ingenuity. If operational as expected, the Ingenuity would be the first craft to fly over a foreign planet while being controlled by humans on Earth. The ‘rotorcraft' will scout future paths for rover exploration and will set a base for aerial exploration of Mars. Hovering 10-16 feet above the ground, the robotic helicopter will conduct flights that only last as long as 90 seconds before returning to the Perseverance to transmit the collected data.

On February 22, 2021 NASA released the following video of the machine descending to the alien world’s surface: