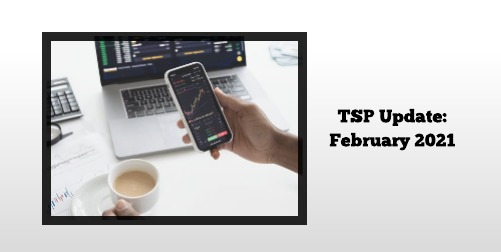 STWS Advisor Jennifer Meyer provides her monthly update on what has been impacting the underlying investments in the Thrift Saving Plan’s funds. 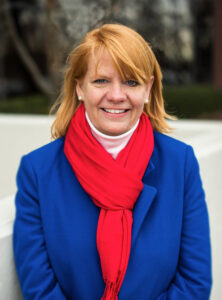 The transition from January to February brought continued focus on the efforts to emerge from the now nearly year-long Coronavirus pandemic. Vaccine rollout has been shaky nationwide, with many states and localities lacking sufficient supply to meet demand. The prioritization of high-risk and front-line groups led to confusion as Americans sought information as to if and when they become eligible to get vaccinated. In the local DC area, groups such as the Vaccine Hunters became a go-to resource to assist in securing appointments.  By the end of February, more and more Americans were able to secure appointments and actually receive the vaccine. These are all hopeful signs that real progress is being made. Attention has now turned to the next fiscal stimulus package with the new Democratic majority in place, albeit a majority by the slimmest of margins. In the financial markets, hearings regarding the factors around the January GameStop phenomenon took place, and speculation around inflation and future Fed activity led to significant moves in the yield curve for bonds in the last week of February. This resulted in a downward price trend in the bond market- and specifically for the F fund in TSP. TSP sent year-end 2020 statements to employees in early February and noted the new relationship with Accenture Federal Services as a third-party recordkeeper. This new relationship will have a transition period of 18-24 months with the goal of enhancing features and digital platforms, among other improvements. Finally, although it went mostly under the radar, TSP did recently implement a fee increase. Fees now range from a low of .049% in the G fund to a high of .068% in the S fund (source, TSP.gov).

Performance figures for the month of February 2021 have been posted on the TSP website. The best performer for the month was the S fund at 8.21%, while the F fund was the worst at -2.15%. Monthly returns for 2021 are shown below. (source, TSP.gov)

Month-to-month trends, as shown above, are interesting, but it is important to remember that short-term market volatility is to be expected and employees should not be making investment decisions based on short-term performance. Following are longer-term rates of return for each fund, as of December 2020. (source, TSP.gov).

The TSP is a critical part of an employee’s retirement plan. While no one can predict what 2021 will bring with regards to investment returns, we do know that it is important that TSP participants take a proactive role in monitoring their TSP accounts. This does not mean checking their balances and trying to time the market. Rather, it means being aware of the options available and managing those options to maximize your personal retirement outcome. At Serving Those Who Serve, we have found many employees do not truly understand the Roth TSP versus Traditional TSP. Our podcast featuring Ed Zurndorfer is a great resource to help. Other items of note with regards to your TSP include the 2021 contribution limits. The IRS kept the limits for 2021 the same as they were in 2020. Employees under the age of 50 can contribute a maximum of $19,500 to their TSP while those age 50 and over can contribute an additional $6,500 as part of their “catch up” contribution. As previously reported, beginning in 2021, you will no longer need to make separate catch-up elections each year. Once an employee has maxed out their traditional contributions, they will automatically roll into the catch-up if the employee is over age 50. In addition, employee elections will carry over from year to year going forward.

Please reach out to us with your questions and follow our website for the most recent updates.

**Written by Jennifer Meyer, Financial Planner. The information has been obtained from sources considered reliable but we do not guarantee that the foregoing material is accurate or complete. Any opinions are those of Jennifer Meyer and not necessarily those of RJFS or Raymond James. Any information is not a complete summary or statement of all available data necessary for making an investment decision and does not constitute a recommendation. Investing involves risk and you may incur a profit or loss regardless of strategy suggested. Every investor’s situation is unique and you should consider your investment goals, risk tolerance, and time horizon before making any investment or financial decision. Prior to making an investment decision, please consult with your financial advisor about your individual situation. While we are familiar with the tax provisions of the issues presented herein, as Financial Advisors of RJFS, we are not qualified to render advice on tax or legal matters. You should discuss tax or legal matters with the appropriate professional.**