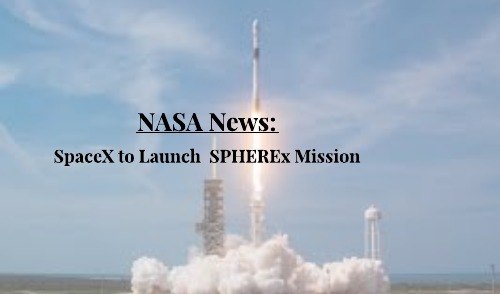 Thomas Zurbuchen, an associate administrator for NASA said in 2019 that the SPHEREx mission will provide “an unprecedented galactic map of the Universe.” On February 4th of this year, NASA awarded the contract to provide launching services for the mission to SpaceX. The total cost of the endeavor is budgeted at $98.8 million. The Falcon 9 spacecraft will launch the 329 lb. SPHEREx device from California, and the earliest possible date for the launch will be in June 2024.

What is the SPHEREx Mission?

The Spectro-Photometer for the History of the Universe, epoch of reionization, and Ices Explorer (SPHEREx) is described by NASA as a powerful tool that will survey the sky’s near-infrared light that is undetected by human vision. Doing so will hopefully offer astrophysicists clues into what happened at the birth of our universe. More specifically, what made the cosmos expand in the nanosecond after the Big Bang. The mission itself is set to last two years, and is scanning over 300 million galaxies, plus approximately 100 million stars that are within our own Milky Way. Another part of the mission entails looking for “stellar nurseries,” which are disks of debris surrounding stars where new planets could be forming. SPHEREx will be searching for traces of organic molecules and water to learn about the development of galaxies, and possibly life itself.

Elon Musk and the FAA

The contract was awarded to SpaceX, the company owned by Elon Musk. It was previously awarded a contract to take astronauts into space and 40% of a government contract to provide launches for Space Force. A week before the SPHEREx contract was awarded, Elon Musk took to Twitter to complain about the Federal Aviation Administration (FAA) after the agency had yet to approve the test launch of a spacecraft known as SN9. Musk had hoped for a launch date in the last week of January but was still waiting on approval. Musk tweeted: “[The FAA’s] rules are meant for a handful of expendable launches per year from government facilities. Under those rules, humanity will never get to Mars.” This criticism of another federal agency did not deter NASA from awarding the SPHEREx mission contract to SpaceX, though. 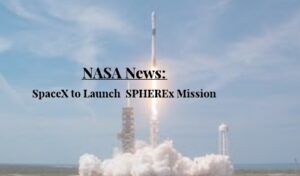