USPS News: 2020 Fiscal Year Report, the Coronavirus, and the Election 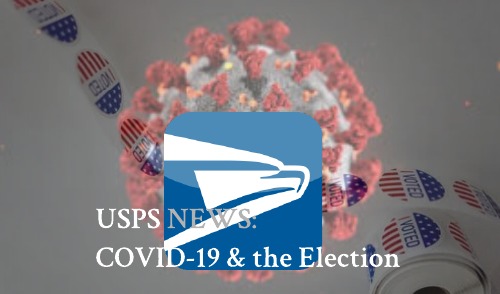 Posting a 2020 Fiscal Year Loss of $9.2 billion, the USPS has been hit by the Coronavirus, and was a major player in the recent presidential election

The US Postal Service has received a large amount of attention in 2020. From staring down bankruptcy to fighting mail delays that could’ve shaken the 2020 national election, the USPS has been against difficult circumstances this year all while the 644,000 postal workers ensure the country’s mail is securely delivered in a timely manner. While the federal agency has missed the mark on some of its goals, such as compliance with the STOP Act, it has not let potential hindrances to timely mail delivery affect their public service to Americans. The new Postmaster General Louis DeJoy, who assumed office in June, tried to implement policies that possibly could’ve delayed daily mail service, but courts mostly struck down those rules so they couldn’t interfere with November’s election. The coronavirus has hit the USPS from many different directions. The pandemic meant an unprecedented influx in mail-in voting, a practice that has existed since the Civil War but was magnified this year because of COVID-19, and subsequently attacked by Trump. The virus has also altered the volumes and types of mail being processed, along with postal employees themselves getting infected with the coronavirus in the line-of-duty.

Despite 4,500 mailmen quarantined, and another 3,600 with confirmed cases of the coronavirus, on November 3rd, election day, the delivery of mail-in votes was performed securely, timely, and lawfully. American Democracy owes the Postal Service a debt of gratitude, no matter who you voted for. Mail-in ballots were sent to 220 processing plants before being delivered to election board officials, who were allowed to privately inspect the plants for any remaining ballots. Court-ordered “sweeps” of these plants were to be completed by 3pm Tuesday, and although the sweeps weren’t completed until 4pm, just 13 lingering ballots were discovered during these procedures. That’s approximately .05 ballots per processing plant. 93% of ballots were delivered on time and the other 7% were marked as such, but all of those ballots were received by the USPS on the deadline of Tuesday, November 3rd, so that was the date they were post-marked and they were legally counted. A USPS spokesperson, Dave Partheimer, affirmed, “The assumption that there are unaccounted ballots within the Postal Service network is inaccurate… The ballots were delivered in advance of the election deadlines.”

The Postal Service’s Fiscal Year loss for 2020 was $9.2 billion despite a revenue of $73.1 billion. The net loss was $363 million more than 2019, and the revenue increased a little less than $2 billion from the prior fiscal year. Operating expenses were also up about $2.3 billion from 2019, reaching $82.2 billion. First class mail revenue dropped 4.2% from last year while overall package volume increased 18.8% due to a major uptick in online shopping, a direct result of the pandemic.