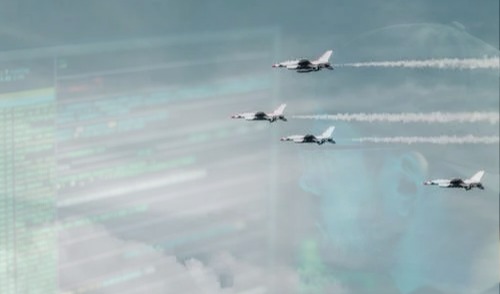 The 2019-2020 SolarWinds hack that infiltrated several organizations and businesses throughout the United States, including a handful of Federal Agencies, has prompted a lot of government activity in the realm of cyberspace. What alarmed the federal government about the breach was that it was discovered by the private sector about seven months after the compromised software had been available for download. In response, cyberspace and intelligence entities across the government are combing through their existing systems for any hidden threats. At the Air Force, this problem has revealed a larger issue: the military branch’s personnel doesn’t have the proper training to efficiently scour their “critical software ecosystems,” and they aren’t fully certified to carry out some actions involved with information warfare operations.

The Air Force’s chief of staff, General Charles Q. Brown, Jr. issued a memo in March that detailed the steps to be taken to rectify these shortfalls. The main goals outlined in the correspondence revolve around removing bureaucratic barriers while inspiring innovation among airmen in the areas of cybersecurity training- specifically how such training is managed and tracked. The General argues that costly investments in high-quality training are worth the price for it would greatly increase confidence in the Air Force’s competitiveness against adversaries.

The following action items are listed in the General’s memo:

General Brown acknowledges a “skills mismatch exists” at the Air Force in the realm of cybersecurity. However, neither this memo nor any known report notes if this skills gap has anything to do with the team of “cyber warriors” that left the Air Force earlier this year to become part of the newest military branch: the Space Force.