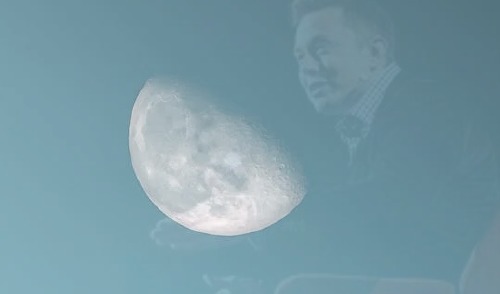 History was made with the first powered flight of an aircraft on another planet, plus Elon Musk’s Space-X Wins Big Contract to take Men to the Moon

The Perseverance Rover, which landed on Mars in February, was built with a roto-craft attachment. The “roto-craft” is called Ingenuity, and it is a 4-pound vehicle, like a mini-helicopter drone that can separate from Perseverance and make short flights for aerial investigation. It completed its first successful test Monday, April 19th when it was 3:30am on the Eastern US Coast- 178 million miles away. The flight lasted 30 seconds and reached a height of 10 feet from the Martian ground. Data and video from the event took 3 hours to travel to NASA computers. Because the red planet’s atmosphere is 99% thinner than Earth’s, it takes a lot of force to generate lift. The machine’s helicopter blades spin at 2,500 rpm, and an issue with those blades actually delayed the historical flight by a week or so. NASA engineers resolved the problem, and thus were able to carry out humanity’s first-ever powered flight of an aircraft on a planet besides Earth. Underneath the helicopter’s solar panel is a tiny piece of fabric from the Wright Brother’s 1903 aircraft, which was the first successful flight for mankind.

Elon Musk’s initial goal when creating his company, Space-X, was to bring men to Mars. As a first step, he will get a shot at the moon. In a blow to his competitors, Elon Musk’s Space-X was the sole awardee of a $2.9 billion government contract to bring humans back to the moon’s surface. The NASA program Artemis was started under the Trump Administration with the goal of returning people to the moon by 2024. The current Administration has expressed its support for the Artemis program, but without imposing such an extreme deadline. Vital to the mission will be the spaceship itself, and NASA chose Space-X’s “Starship,” which is a reusable space vehicle that was already in development as a component of Musk’s ambitious dream to bring mankind to the surface of Mars.

Space-X has established itself as a modern giant in the industry. They have proven to NASA their capabilities by safely flying astronauts to the international space station (ISS), seizing the market for rocket launches, and doing so with lower costs that make more flights possible. Earlier this year, they won a contract to launch the SPHEREx mission for NASA in 2024, and will be conducting their 3rd manned flight to the ISS later this week, on April 22nd.

Some professionals familiar with the industry speculated that NASA would split the contract, awarding it to Space-X and another company, as it did with Boeing and Space-X for the manned flights to the ISS. However, Boeing has yet to have a test with actual astronauts while Space-X’s Falcon-9 has completed manned missions for NASA. For this most recent contract, NASA said they chose Space-X over competitors like Jeff Bezos’ “Blue Origin” and Alabama Defense Contractor “Dynamics” because not only was it the lowest bid, but the Starship has the capacity to transport a good amount of cargo to and from the moon.

In other NASA news, Biden’s pick to head the agency, Bill Nelson, has his Senate hearing scheduled for next week. Also, Pamela Melroy was nominated to be the space agency’s deputy administrator. She is a retired colonel of the Air Force.